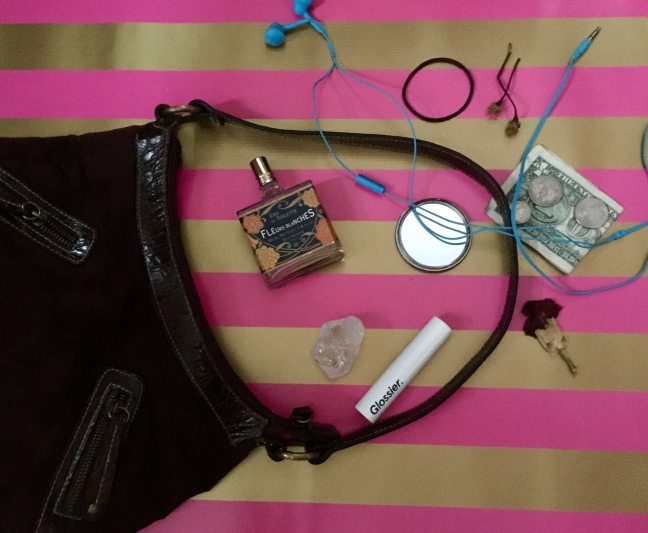 There’s something to be said for that old sleuthing move we’ve all seen used in one TV show or another: digging through someone’s purse in the hopes of discerning more about them.

As a first sneak peek into the world of my upcoming novel NASCENT WITCH, I’m introducing you to my main character: Sela Glaser. Now, I can’t say much about Sela yet, but I’ve taken this opportunity to dump out her bag and give you a snapshot of what you might find her toting around on any given day.

What can we learn from this handful of items? Let’s take a closer look and find out!

I hope these clues have given you a little bit of an idea of who Sela is! And I can’t wait for you to get to know her better.

Don’t worry, there’s much more to come throughout Witchtember! Until then, I hope no one’s going through your bag (and if they are, I hope whatever they find is totally juicy and all sorts of mysterious),
Melissa